Egregious and flawed concepts about God

This is slightly-modified reblogging of Jime's recent post at
Pseudo-intellectualism: the dark side of the paranormal community (#4)

Many new age people consider themselves "believers in God". But exactly what means "God" to them?

Some will say that God is a kind of "energy" which permeates the entire universe (or something like that). But what exactly do they mean by "energy"? A physical energy? A spiritual energy? Presumably, it is the latter. But what is a "spiritual energy"? The energy of a spirit (= unembodied person)? These reflections tend to be absent in the works of these new age people.


The "theistic" new age person tends to conflate "personal" with "anthropomorphic," precisely because they have no idea of the literature about the problems related to the concept of God. They reject a straw man, created largely by the secularist propaganda of atheists.


Therefore (and here appears their pseudo-intellectualism and illogical thinking in full expression), often they ascribe personalistic properties to that "energy" (e.g. the property of being "intelligent", conscious, good, having purposes, plans and intentions in order to organize the universe, etc.). For example, they say, based for example on NDEs, that such energy is "pure love" (note that love, in the highest spiritual level beyond pure animal instinct, is a property of persons).


Obviously, all of these specific properties of such peculiar "energy" are properties TYPICAL of persons, not of non-personal entities, forces or energies like the law of gravity, entropy, quantum vacuum, atoms, electrons, DNA, etc. So, the new age person tend to verbally to reject the personal concept of God, but implicitly such concept is fully implied in the properties that they ascribe to the "energy".


An egregious example of this is Deepak Chopra. Confusing "personal" with anthropomorphic (and with Christian fundamentalism) you read see this pearl in his criticism of Dawkins:


This assumption is false on several grounds. The most basic one is that God isn't a person... Therefore, reducing God to a Sunday school picture and claiming that the Book of Genesis--or creationism in general--competes with science isn't accurate. Fundamentalism hasn't played a role in scientific debate for generations. Einstein pointed out that he didn't believe in a personal God but was fascinated by how an orderly universe and its physical laws came about.


I accept the God of Aristotle who shares all the attributes you cite [self-existent, immutable, immaterial, omnipotent and omniscient being]. Like Lewis I believe that God is a person  but not the sort of person with whom you can have a talk.  It is the ultimate being, the Creator of the Universe. 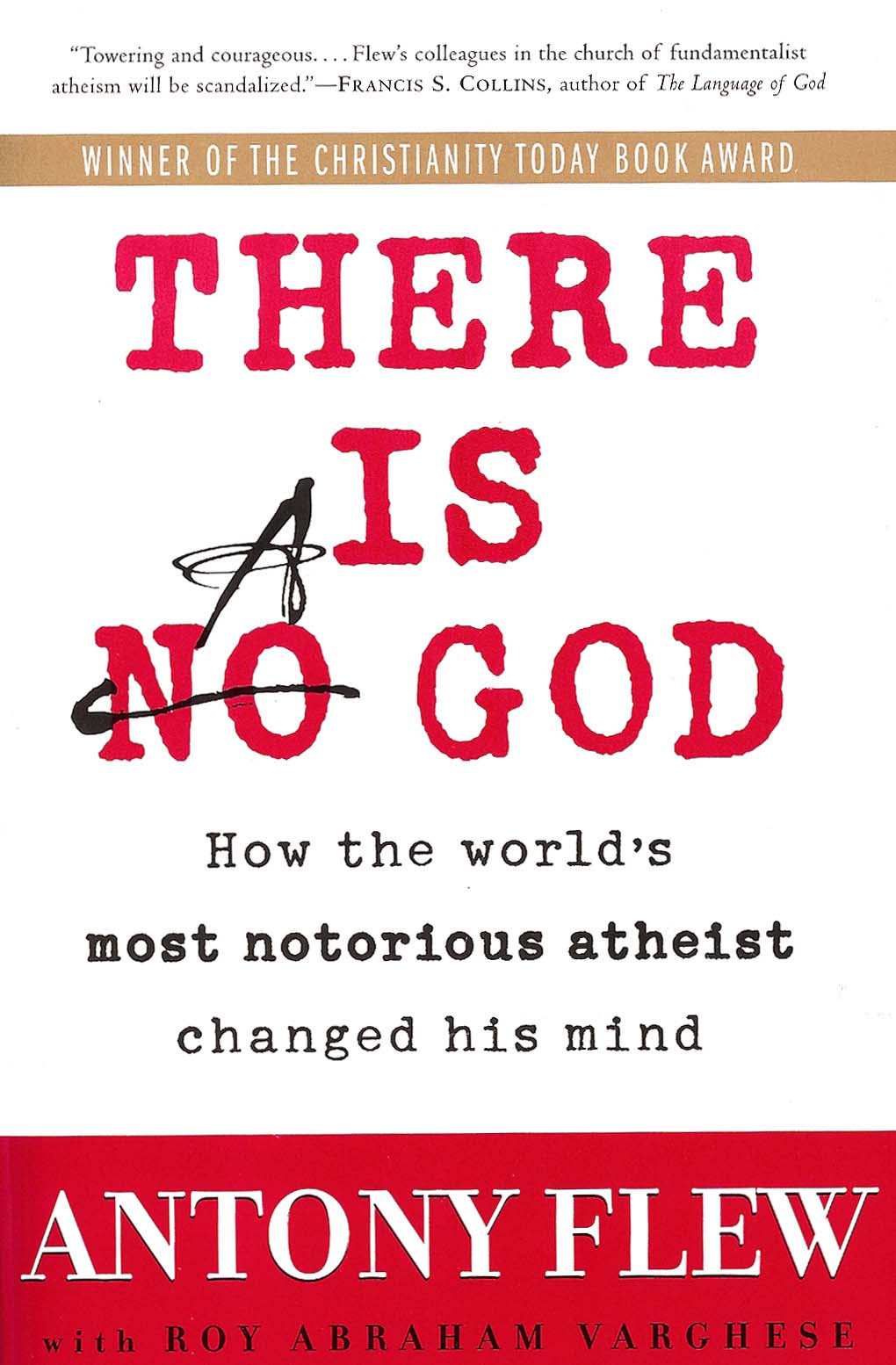 Note that Flew's God is personal, because as a trained philosopher he knows that attributes like "omniscient" implies personality. Does it make Flew a six day creationist? Obviously not. But Chopra doesn't undertand this because he has absolutely not idea of the concept of God in classical and contemporary theology and philosophy. No hint of sophisticated reflection on the concept of God is being advanced in Chopra's works.


Chopra prefers to knock down the simplistic view of God taught by pseudo-intellectualistic Christian preachers at the Sunday school, instead of carefully addressing the sophisticated views of first-rate classical and contemporary thinkers like Thomas Aquinas, Richard Swinburne, etc.


Regarding Einstein, the fascination for the laws of nature and the universe is not an objection against the view of God as personal. At most, it shows that Einstein was a pantheist. But Einstein was a physicist, not a theologian nor a trained philosopher, so hardly Einstein's personal opinion is going to settle the theological-philosophical problem of the nature of God.


Chopra's superficiality is telling in the following passage. After saying that God is not a person, he has not problem in using the property "intelligence" as applied to his non-personal concept of God:


So at bottom, the real question is this: Do we need an all-pervading intelligence to explain the universe? Forget the image of God sitting on a throne, forget Genesis, forget the straw man of a Creator who isn't as smart as a smart human being. The real debate is between two world views:

Note that Chopra's second alternative is not incompatible with the first one. Materialists accept that the universe operates entirely through blind, mechanical and unguided physical laws AND that these laws generate new forms that display intention (e.g. the law of unguided biological evolution generates human beings who are intentional agents). They reject innate or intrinsic intelligence but accept supervenient intelligence displayed by some biologically complex organisms. This is the standard position of materialist and Darwinist scholars. Therefore, Chopra's understanding of the "debate" is superficial, false and misleading.


That intelligence is "all-pervasive" is fully compatible with God being a person. Perhaps what Chopra means is that intelligence is INTRINSIC in the structure of the universe, i.e. the physical energy and laws of this universe are, themselves, "intelligent".


Regarding the universe, it is specially the case given the evidence that the universe (with its intelligent laws) began to exist. And this implies a cause. Therefore, the "intelligence" of the physical laws cannot be the explanation of the origin of the universe, because such laws began to exist too. Therefore, it points out to a intelligent cause that created such universe with such "intelligent laws". Hence, Chopra has not given any compelling reason to think that God, if exists, is not personal. On the contrary.


Regarding God sitting on a throne, I don't know ANY sophisticated Christian thinker who thinks such a ridiculous thing. Indeed, for Christians, God is immaterial (therefore, it is impossible to him to be sitting on something, let alone in a throne). The biblical passages which suggest divine corporality are interpreted metaphorically, not literally (because the Bible has several literary genres and proper interpretation and exegesis is dependent on them), as any person familiar with theological and biblical literature would know.


Regarding a God who is not so smart as human being, no informed Christian could properly believe such a thing, since God is supposed to be perfect and omniscient, therefore (by definition) he's INFINITELY more smart and wise than any other being, including humans. A Christian believing otherwise wouldn't be a Christian, because he would believe in a God incompatible with Christian theology.


Again Chopra is beating a straw man and misinforming the public about Christian theology.


It is fine if you don't believe in God or in any particular religion or worldview. But serious intellectuals have to make an effort to represent the views of their opponents in the most charitable, strongest formulation. Otherwise, they're pseudo-intellectuals and sophists.
Posted by Ian Thompson at 11:22 PM